The owners of new taco food truck concept Tacos Barbon are opening their first restaurant in the Phoenix metro — at a Holiday Inn hotel in Goodyear.

Buckeye couple and Phoenix natives Isai and Karina Martinez first started a taco stand as a hobby just before the Covid-19 pandemic started. But after Isai Martinez lost his job due to Covid, the food concept became their livelihood, so they decided to run the business full time and upgraded to a trailer.

“We never expected it to become our only source of income, so we started selling out of it and then within the first weeks, we’re like, ‘Wow, this can turn into something,'” Isai Martinez said. “Once we got the food truck, it just exploded. It really took off on us, so at that point we hired some people on.”

The business has about eight employees and operates the food truck three nights a week with a tent, high-top tables and music. Martinez said they typically see long lines for their food and have many returning customers. On a Friday night, they usually serve anywhere from 80 to 100 orders, he said. 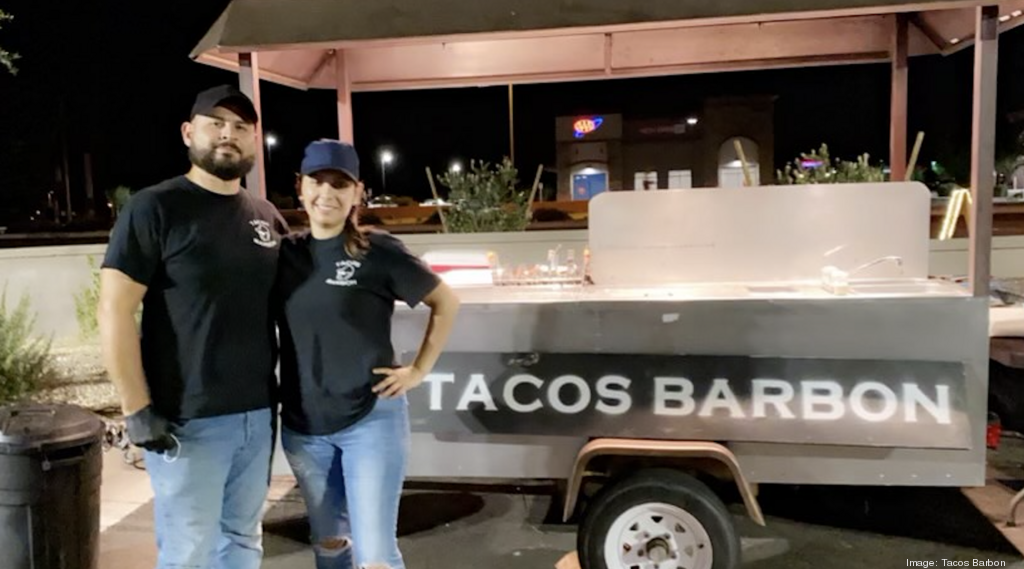 Buckeye couple Isai and Karina Martinez are opening their first Tacos Barbon location in Goodyear at a Holiday Inn in addition to their food truck.
Tacos Barbon

After their tacos and drinks grew in popularity in West Valley cities Buckeye and Goodyear, the couple also realized they needed more space for food preparation and catering, which led them to search for a commercial kitchen.

But due to the lack of existing commercial kitchens in the West Valley, Martinez said he couldn’t find space for several months until he came across an ad for a hotel renting out its kitchen.

The hotel owner was also looking to turn the space into a ghost kitchen, so Martinez suggested Tacos Barbon serve food at the hotel as a restaurant instead.

“I kind of just jumped on it and said, ‘Hey if you’re looking for somebody to do a ghost kitchen, why don’t you let us run the night, dinner portion?’” Martinez recalled. “We were looking for a way to expand our business … to have that opportunity placed in front of us, we started pretty much from the bottom, and to be able to do something like this, it’s really encouraging.”

Tacos Barbon will open its new location to the public at the Holiday Inn hotel at 1188 N. Dysart Road from 5 to 10 p.m. everyday starting Dec. 3 in addition to its food truck. Customers can also buy drinks at the bar at the hotel.

Lack of space in West Valley

While serving customers at the hotel and food truck, Martinez said they will also continue searching for a brick-and-mortar location, but finding affordable or existing space in the West Valley has also proven difficult.

Like Tacos Barbon, other vendors and food trucks in the West Valley have struggled to find commercial kitchens or brick-and-mortar locations, according to Brandy Braveboy, associate with Phoenix West Commercial LLC, who is also representing Tacos Barbon.

“One of the major issues that small restaurant users face that are looking to expand in the West Valley, because it’s grown so fast, [is] you can’t find second-generation kitchen space,” Braveboy said.

Although some restaurants have closed due to Covid-19, Braveboy said those vacancies fill up quick due to high demand and low supply. 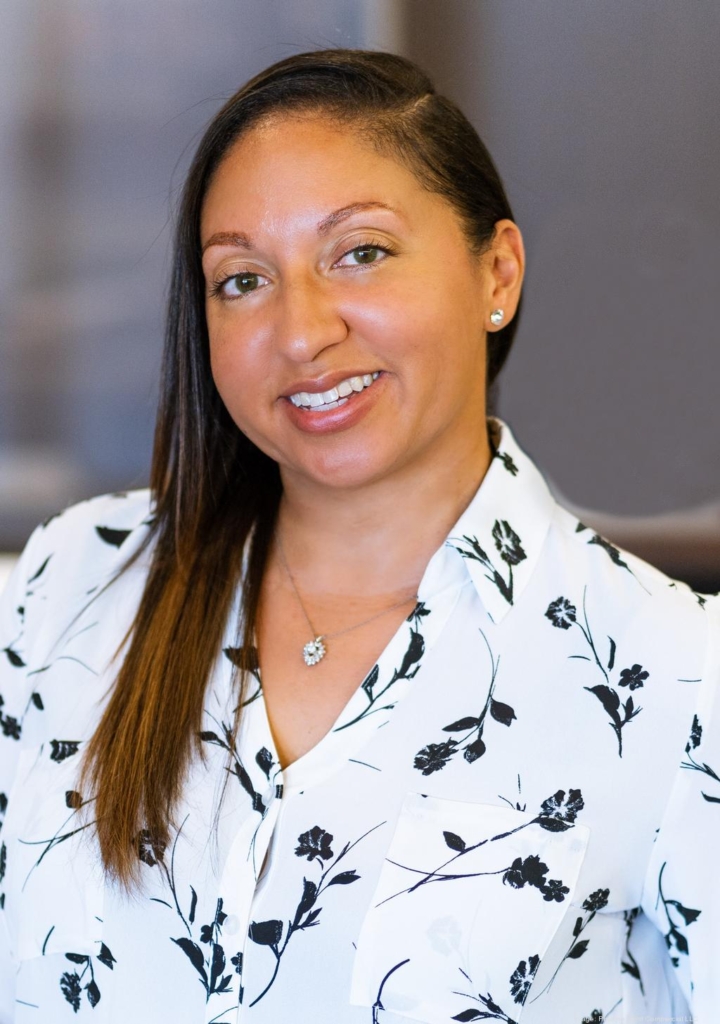 The buildout of a facility or remodeling can also be expensive, making it even more difficult for users to find a location in the West Valley, she added. Loans also aren’t always the best option for new or small businesses, Braveboy said.

“Everything is new construction — That’s why you only see franchises out here, right? Because they have the money to roll out and do full kitchen remodel,” she said. “For the smaller, or local … you’re not seeing a lot of that in the West Valley because of the new development and that expense hurdle that they have.”

In areas like the East Valley, second-generation kitchen and restaurant space could be easier to find and less expensive to move into since buildout of the space may not be required, she said.

Small businesses like Tacos Barbon opening in a hotel is also a way for them to “expand at a rate that they can comfortably handle” while preparing for a brick-and-mortar space, so they can build it out or find the second-generation space that they need, Braveboy said.

Martinez said they hope to eventually open a brick-and-mortar location in the Buckeye area.

According to Avison Young’s Q3 retail market report, the retail vacancy rate in the Phoenix Metro was 7.8%, while asking rent has increased by 2.1% since the start of the pandemic.

In comparison, CoStar research for Q4 shows that the vacancy rate in Goodyear was 3.5%, while rent increased by 4.6% over 12 months. In the Verrado area in Buckeye, Braveboy said asking rent is currently about $35 to $40 per square foot.

The Avison Young report also said that 600,000 square feet, or 25 total retail properties, were under construction in Phoenix metro.