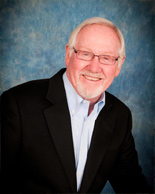 Phoenix West Commercial would like to respectfully give thanks to Don for all of his mentoring and leadership within our community. He was a respected professional and friend.

Donald Hugh Bennett, 74, of Litchfield Park died Aug. 16, 2012, from cancer. Mr. Bennett was born April 5, 1938, in Dos Palos, Calif. He moved to Arizona with his wife, Lavonne, in 1962 and farmed in Eloy and Harquahala Valley. In 1968, he began a career in real estate and real estate development. He founded TRES Realty in 1972 and formed one of the first full-service commercial and residential brokerages in the West Valley communities of Goodyear and Litchfield Park. In 1996, he sold TRES Realty and formed Don Bennett and Associates, focusing on commercial development, leasing and land sales.